The exhilaration and excitement you get from marijuana is thanks its THC content. The chill and pleasant buzz you get comes from the CBD. And, you can select your favorite strain according the ratio between the two.

Cannabidiol (CBD) is one of the cannabinoids found in cannabis. Among the many chemical influences in cannabis, it is a major component that piggybacks with tetrahydrocannabinol (THC) to affect the users body and brain.

It does not contradict or illuminate the THC effects, it will balance and moderate them to reduce the potential of paranoia and depression associated with THC. In general, CBD prolongs the high, tempers the psychoactive experience, and accounts for most of the medical benefits of marijuana. So, the only open question is why you should dose it daily.

11 reasons you should take CBD on a daily basis: 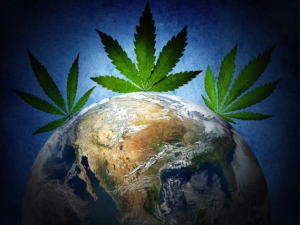 All the above and more – There are many medical conditions not listed here, except by inference. For example, the fact that CBD reduces anxiety, paranoia, and hallucinations explains its value to patients undergoing treatment for PSTD. Those suffering from fibromyalgia and lupus problems also benefit from CBD’s influence on spasms, muscular-skeletal issues, and autoimmune diseases. And, its ability to calm nausea will help those with appetite problems and digestive problems.

How well does it work?

Legal restrictions unfortunately hamper the results the public deserves. But, if you were to rely on the work of studies reported by the Epilepsy Foundation, a respected scholarly report with only one interest, finding reasonable and workable solutions to the debilitating condition become clear.

As Epilepsy Foundation reports, “Evidence from laboratory studies, anecdotal reports, and small clinical studies from a number of years ago suggest that cannabidiol, a non-psychoactive compound of cannabis, could potentially be helpful in controlling seizures.”

The FDA has allowed epilepsy specialists to administer Epidiolex. The oil-based, 99% CBD extract has been allowed for cases of refractory epilepsy and other difficult to treat conditions like Lennox-Gastaut Syndrome and Dravet Syndrome.

Lancet Neurology reported on the results of studies of 214 people treated with the Epidiolex over 12 weeks:

Those also taking the anti-seizure Clobazam (Onfi) did even better.

The world-respected Israeli researcher Dr. Raphael Mechoulam isolated CBD and its chemical structure in 1963. Supported by an interested government, his teams have explored its values exhaustively.

They have identified it as an anandamide, a bioactive lipid known classified as fatty acid amides. They act as protective mechanisms in the event of brain injury, osteoporosis, tumors, and more. Given where the anandamides travel and traffic, according to Dr. Mechoulam, they appear to have connection “to the chemistry of the human personality and the individual temperamental differences” of the patient. And, that “may lead to major advances in molecular psychology,”

Anandamides are also known to influence appetite, pain, and sleep patterns. Their apparent influence on hormonal secretion may influence the reproductive system. According to the Addiction Inbox, “Anandamide has a streamlined three-dimensional structure that THC mimics, and both molecules slipped easily across the blood-brain barrier. Anandamide is a short-lived, fragile molecule, and does not produce a dramatic natural high, unlike a surge of endorphin’s, or dopamine—or the THC in a joint.”

So, as a natural event, it provides the brain with its own version of marijuana. As taken through the consumption of cannabis derivatives or marijuana, it serves to balance neurotransmitters as it interacts with brain receptors, much like selective serotonin reuptake inhibitors work to correct imbalances in neuro-cerebral chemistry.

Available to some degree in every cannabis strain, users may seek the proper balance with THC to best serve their health problem. Some of this means trial and error experimenting to find the most effective dose and frequency. But, daily dosing should optimize the benefits to you.

THC vs CBD, What’s the Difference